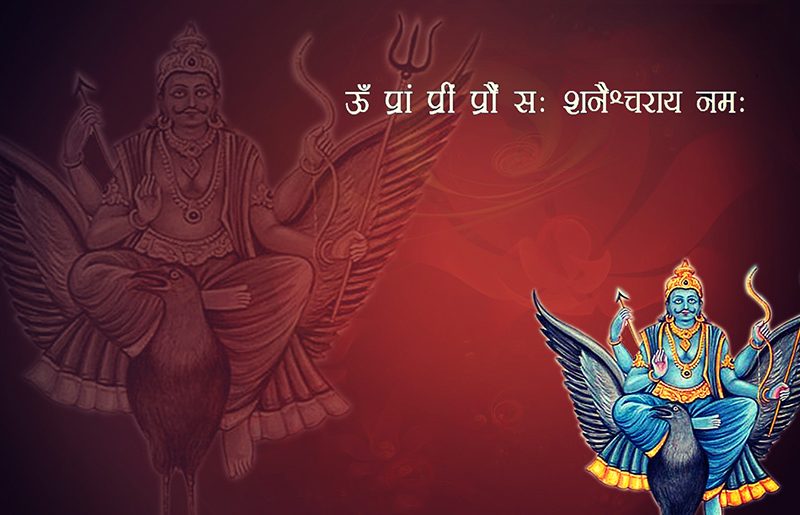 Sade Satti is a very dangerous word for the common people. When, Saturn transits through the 12th, 1st, and 2nd house from natal moon, this planetary position is termed Sade Satti. Saturn takes 2 ½ years to pass through each sign of 300 & 30 years to make one round of the zodiac and it is termed as the slowest moving planet, when it passes through 3 signs it totals to 7 & ½ years. Sade means “half” and Satti translates to “seven” and hence the name Sade Satti is evolved. There is a general belief that Sade Satti period brings dissatisfaction, disappointments, dejection, depression, differences, disputes, disharmony and undesirable results ,but we have a different version to it as Saturn does not always behave or cause harm and it actually depends on an individual’s natal chart. For example if Saturn is acting as a yoga karaka, it will never cause problems in native’s life. Most of the people go through 2-3 periods of Sade Satti in their life time, 4 periods of sade satti are rarest. It repeats after every 25 years from when it was first finished.

It is observed that during this 7-1/2 years of Saturn’s transit period people do experience some tensions and troubles. Even while giving some troubles and tensions, it does not deny you success. As a matter of fact a number of people prosper to new heights during this period. Sade satti is about performing one’s duties without considering likes and dislikes. One who does this forever is least effected by Sade Satti and in fact gains during this period. However if anyone is arrogant, egoistic, unsympathetic, and non-hard working then that native is targeted during the Sade Satti and can make him go through a lot of hardships.

There are generally three cycles of sade satti, first cycle of Sade-sati affects close relatives or family more than the native. The 2nd cycle influences the domestic front as well as the business front, and the 3rd cycle affects children, family, health, and physical suffering or may even indicate the death of the native in some extreme cases. So the native’s chart has to be thoroughly analyzed before coming to any conclusion.

The results of sade satti varies from chart to chart. If someone is having all the negative factor in the chart as explained above then his time will be very bad, but if someone has most of the factors as positive, then Saturn will end up giving very good results. So we have to keep this in mind while studying the bad effect explained below.

In the first cycle, when Saturn transits 12th house from moon for 2.5 years, the heat is felt more by the parents and near relatives of the native than the native himself. There could be some eye related problems to people who doesn’t take good care of their eyes. Some of the issues which native may face like watching too much TV by sitting close to it as one of the reason. Saturn from this position throws its 3rd aspect on the 2nd house, which may affect the financial position of the native by increasing the wasteful expenditure, this also makes one spend thrift. Because of 7th aspect on 6th house it can cause some debt due to that. And finally because of 10th aspect on 9th house, it can bring down the general fortune of the native and can also cause setbacks to the father of native.

In the Second Cycle when Saturn transits first house from moon for 2.5 years, it affects the native himself in domestic or marital front with 7th aspect on 7th house and profession with 10th aspect on 10th house. Being in the first house it denotes ill health for the native. It can result in Weak finances, sudden miseries, loss of health, separation from family, loss of friends, increase in unnecessary expenditure, failure in undertakings, humiliation or loss of reputation, loss of self-confidence and self-respect. You should keep in mind that these results can occur only when Saturn is acting as a pure malefic in the native’s chart as explained above. Less than 10% of the natives going through Sade Satti will actually experience these results as for most of the people there will be mixed results.

Finally the Third Cycle when Saturn transits in the 2nd house from Moon, It affects one’s health, children and may even cause death if it comes late in life, during this transit of 8th house aspect, It may cause Loss of money, heavy expenditure, loss of health, unhappy domestic life as it aspect on 4th house from the current position, mental distress, loss of wealth, increase in enemies, physical distress, quarrels with relatives and friends, lots of grief, all sorts of sufferings.

We analyze Saturn ill effects in native’s horoscope and suggest remedies as it can be controlled with appropriate remedial process and homa’s, which will reduce the pain to native. Saturn remedies are done from ancient ages to ward off its ill effect.